4 replies to this topic

I decided to do it as I know some everything what I have to, to make full .def line for maps.Makiltur asked me, also butler is working and needs some info..

1.ALMOST everything can be found under this link:http://www.eternal-lands.com/forum/index.php?showtopic=16835
2.Learner has big knowledge about .def files.
3.It is not hard and does not go slowly.
4.Every each map needs .def line, does not matter if its cave or outside map, size does not matter too.However if you decide to make such "insides" where you will put many small caves, house insides etc, they all will have same .def file, because everything will be located on one map, just separated areas.
5.Feel free to ask me if each thing is correct or how stuff should look like if you not sure, L's head is busy enough.

Every .def file you write as normal .txt file.Best way is to copy each functions from El forums link I have put above, then delete their values and put yours.As you probably knew before, 1 = is/exist/yes, 0 = isnt/does not work/there is no etc..
Also important thing, if you write each function name, for example:


Remember to use "//" before name, Learner asked for so.

What I have to write in this file?

Every map requires section [general] , size or outside/inside style does not matter here.In general, as you expect, you write all main map settings such:

Remember, you dont have to write all these things if their values are obvious, if there is something that will make this map special comparing to other ones, you have to point it, example of [general] for some map I work on:


Other important functions you have to know:

Just text that will appear once you step on square defined by this 4 points coords.

This is what is going to be showed as an addition to map name, when you click shift+compass, thats how it looks on my map: 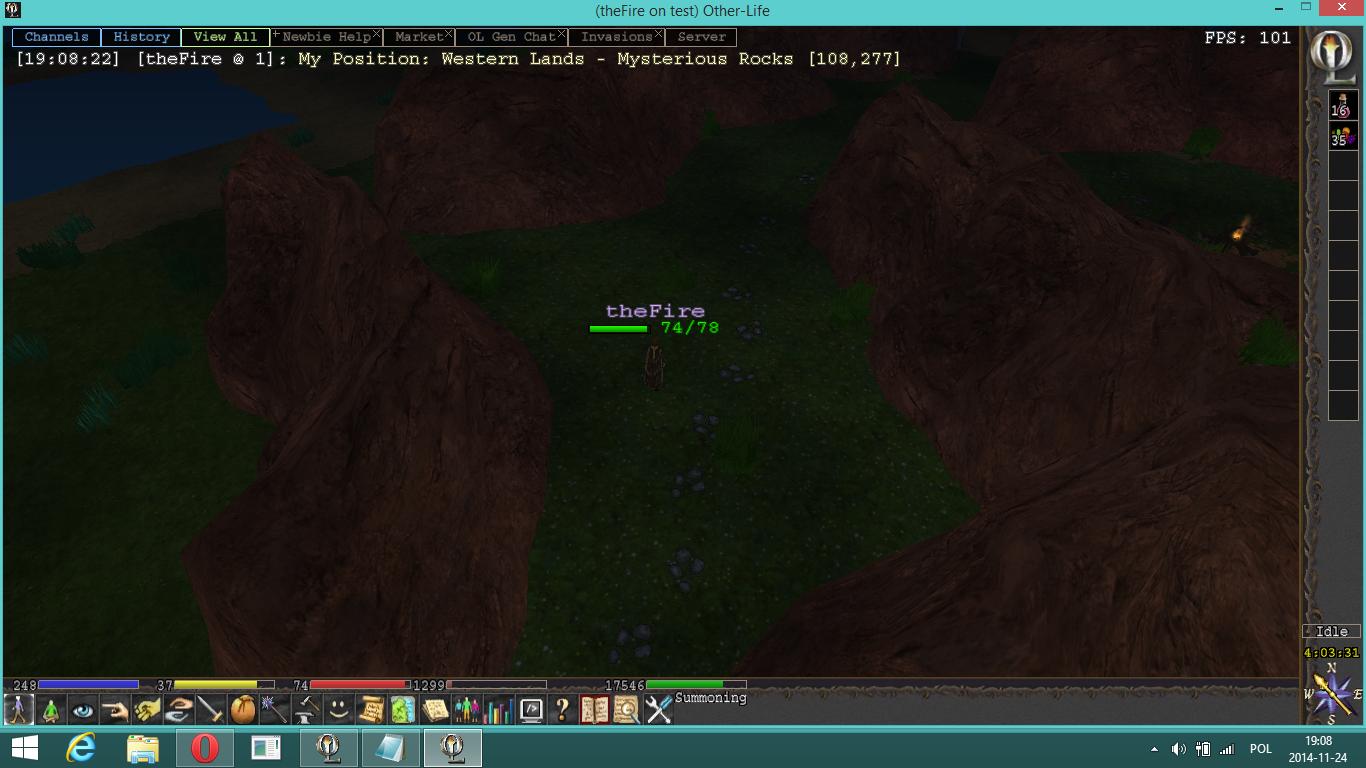 This is what is needed to bring you on map or make you able to leave map, often its ship/boat.
Question you probably have is how to get coords in map editor, its easy.For first, click on "stairs icon", then the black arrow with white starr above it, you will open heights.Choose any of them and move your mouse on area that coords you want to know, they are visible at bottom left corner.
How to get item's ID? Well, every single object you put on map, does not matter if 3d/2d, has its own ID number, that is also visible at bottom left corner. you just have to pick this item up (cick on it)

That is map where you are going to be teleported, if nowhere, leave it blank.As I said, usually it will be some c0 folder map so path looks like this: ./maps/c0/mapname.def, YES! its .def NO .elm ! Important to know is if you make [use_area] there always has to be .def, no .elm.

Used to define what item you have to use, to use-with on map object, to enter, if none, type "-1"

Send sparks after teleport? 0 or 1, always wonder what option sounds reasonable, for cave enters you know there are no sparks, but with ships I would put.

Not need that, but its nice option if you want make some special things like summ or pk arena.

Also not needed, but good to know..


Think this is all of most important stuff, I will put link of example how it should look like, so anyone can download and see.
Obviously feel free to post your questions and doubts, or pm me ingame theFire.
Hope I helped

Yes, L please do it.

Back to Maps Discusions


0 user(s) are reading this topic